We welcome you to explore our gallery of photo-based digital paintings. This work is the core of our art practice, starting with a single or multiple photographic images and transforming them into a unique work of art. Ray has a passion for this process which involves painting and blending many layers of textures and other content, either throughout the entire image or in the tiniest portion of the image. The final image can have up to a hundred layers and the file sizes can reach over 10 gigabytes. The process can take a few hours or may progress over several months.

Images in this gallery can be purchased on this site by pressing the BUY button. Orders are printed by Bay Photo on a variety of fine art papers and a variety of frame options are available. You may contact the artist directly through the contact tab above if you would like to order a size or option not available through Bay Photo. 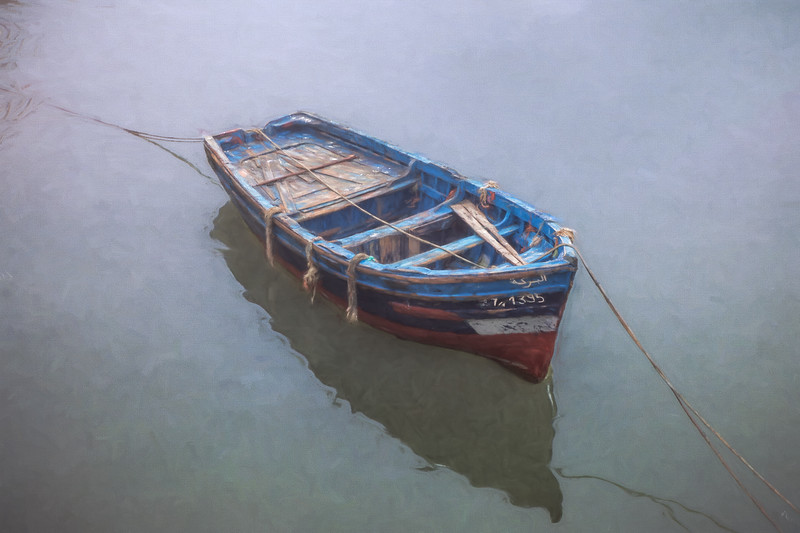 In for the Night

This boat resting peacefully in the harbor allows one to reflect on all the history in this port dating back for centuries. Around the end of the 1st century BC, the Berber king Juba II established a Tyrian purple factory, which processed the murex and purpura shells found in the intertidal rocks at Essaouira and the Iles Pururaires (Purple Islands). The pigment from these shells was known throughout the ancient world and sought after by the great rulers of the Old World. This dye colored the purple strip in the togas worn by Senators of Imperial Rome.